They were running out of space for hard copies despite using its own system of scanning, storing and organizing documents on a server.

Used PaperSave with Microsoft Dynamics GP to scan and annotate all paper and electronic documents for instant storage, retrieval and distribution.

Paper hassles—including time, costs and storage space—are a thing of the past, and customer service relations have vastly improved

Splendor Shower Door, a Holland, Ohio-based manufacturer of shower doors and custom enclosures, was running out of space for hard copies despite using its own system of scanning, storing and organizing documents on a server.

In the past, customers would send in drawings of the products they needed, then customer service representatives would create a manufacturing order, make copies and send those off to different departments. Vice President of Operations Rob Reese, who works out of the Ohio office, complained that communications suffered: “As we grew to open the Birmingham and Atlanta facilities, the paper- work was here [and our employees] didn’t have access to it so we would have to retrieve it here and fax it to them.”

Before PaperSave, Splendor’s customers who called in need of a replacement door or panel had to physically remeasure because both parties had purged or stored the drawings in a virtually unreachable place. Now, Reese explained, even if a customer ordered a unit two years ago, any of Splendor’s employees can retrieve the drawing instantly, cutting the research time from days to a matter of minutes: “I call it ‘auto-magic.’”

The PaperSave demonstration opened his eyes to other areas of the business where the software could be helpful—such as accounts payable. “Instead of having suspense files and paperwork lying around, PaperSave gave us an opportunity to—when the bill came in—go online, look at the bill/receipt/paper- work there, and do a three-way match online.”

He said he has found other applications for the software, as well: “We never envisioned using this for sales quotes. And we used to keep a file cabinet full of quotes that we had to clean out every six months. That filing cabinet went away.”

Though PaperSave helped Splendor in many ways, Reese said his company still needed a module that would enable a document—like a work order—to travel through departments, allow staff members to annotate it and then pass it on for more annotation, distribution and retrieval. “It didn’t take long to get the Forms Recapture module created,” he said. “I think it was six weeks from the time we did the demo to the time we went live.” He added that his company “turned the switch on” after only three hours of training—and installation was faultless.

Reese reported his company didn’t have to buy any hardware and found that PaperSave seamlessly integrated with Microsoft Dynamics GP. He also added that, from a support perspective, he was impressed. “The executive staff at PaperSave has been great. Even things that aren’t their issue, they worked the problem and got us the resolution.”

“The return on the investment came from the one application we were pursuing it for,” Reese claimed. “The icing on the cake, per se, came from the other functionality we were able to implement.” 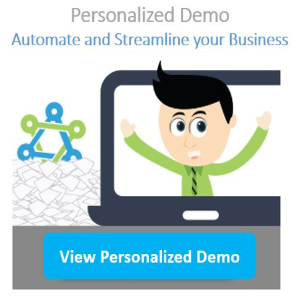